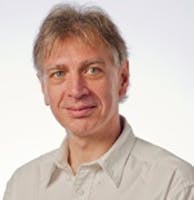 Pascal Van Hentenryck holds a Vice-Chancellor Strategic Chair in Data-Intensive Computing at the Australian National University and is the leader of the Optimisation Research Group at NICTA. Prior to that, he was professor of computer science at Brown University for more than 20 years and a professor at the University of Melbourne. His main research interests are the design and implementation of optimization systems and their applications to complex problems. His current research projects focus on the use of optimization in logistics and supply chains, energy, and disaster management. He has written five books published by the MIT Press and built several optimization systems that are widely used in academia and industry. He received an NSF Young investigator award in 1993, the 2002 INFORMS Computer Society Award, two Honorary Doctorate Degrees from the University of Louvain and the University of Nantes, the Philip J. Bray Award for Teaching Excellence in the Physical Sciences at Brown University, and became a fellow of AAAI in 2009. He has given plenary talks at the main conferences in artificial intelligence and operations research. Pascal has been teaching discrete optimization at Brown University, the University of Louvain, and now on Coursera for almost 20 years.