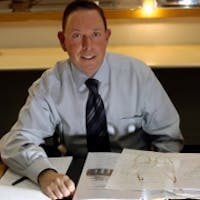 Michael M. Kaiser oversees the DeVos Institute's training and consulting programs, both in the United States and around the world. Mr. Kaiser was President of the John F. Kennedy Center for the Performing Arts in Washington, D.C., from January 2001 through August 2014. During his tenure, he expanded the educational and artistic programming for the United States’ center for the performing arts, oversaw a major renovation effort of most of the Center’s theaters, and led the nation in arts management training. In 2001, Mr. Kaiser created the Kennedy Center Arts Management Institute, renamed the DeVos Institute of Arts Management in May 2010. In honor of his accomplishments, the Board of the Kennedy Center named him President Emeritus in 2014. Mr. Kaiser previously served as the Executive Director of the Royal Opera House, the largest performing arts organization in the United Kingdom. During his tenure with the Royal Opera House, it erased its historic accumulated deficit, completed a £214 million redevelopment of the facility, created an endowment fund, and greatly increased its level of support from the private and public sectors. Prior to joining the Royal Opera House, Mr. Kaiser was Executive Director of American Ballet Theatre, where he erased its entire historic accumulated deficit, created a second company, greatly expanded national and international touring activity, and built an acclaimed series of education programs. During his tenure as Executive Director of the Alvin Ailey American Dance Theater Foundation, the Company erased its accumulated deficit, expanded its school, and increased all forms of revenue. He has also served as General Manager of the Kansas City Ballet, where he erased the company’s deficit. Mr. Kaiser received his master’s degree in management from the MIT Sloan School of Management and his Bachelor’s degree in economics magna cum laude from Brandeis University. He has been an Adjunct Professor of Arts Administration at New York University and a Lecturer at the University of the Witwatersrand in Johannesburg. He received the Dance Magazine Award in 2001, Capezio Award in 2002, Helen Hayes Washington Post Award for Innovative Leadership in the Theater Community in 2003, the St. Petersburg 300 Medal in 2004, Washingtonian of the Year in 2004, a U.S. Department of State Citation in 2005, the Blacks in Dance Award in 2005, and was the first American to receive China’s “Award for Cultural Exchange” in 2005. In 2006, he was awarded The Order of the Mexican Eagle and was named Impresario of the Year by Musical America. In 2009, Mr. Kaiser received the George Peabody Medal for Outstanding Contributions to Music in America and the Kahlil Gibran “Spirit of Humanity” Award from the Arab American Institute Foundation. The King of Sweden named Mr. Kaiser a Commander of Order of the Polar Star in 2013, and the Finnish government named him a Commander of the Order of the Lion of Finland in 2014. He holds honorary doctorate degrees from Georgetown University and the University of Missouri-Kansas City.

The Cycle: Management of Successful Arts and Cultural Organizations