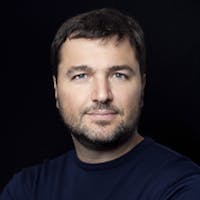 Passionate about transforming ideas into action, Ricardo Vargas is a chief advocate in the project economy. Specializing in implementing innovative global initiatives, capital projects and product development, Ricardo has directed dozens of projects across industries and continents, managing more than $20 billion in global initiatives over the past 25 years. Ricardo shares his expertise and passion with millions of professionals around the globe through his “5 Minutes Podcast,” which he has hosted since 2007. He has written 15 books on project management, risk and crisis management, and transformation, which have been translated into seven languages and sold more than half a million copies. His influence on the sector was affirmed when he became the first Latin American to be elected Chairman of the Project Management Institute. Ricardo currently directs the Brightline Initiative, a Project Management Institute think tank that brings together other global leading organizations into a coalition that is dedicated to helping executives bridge the expensive, unproductive gap between strategic design and delivery. Ricardo developed and presented a Coursera Massive Open Online Course on “Bridging the Gap Between Strategy Design and Delivery,” which has been viewed by more than 10,000 students around the globe. Under his leadership, the coalition launched the Brightline Transformation Compass: pioneering a human-centric approach to transformation. Prior to his work with Brightline, Ricardo was director of the United Nations Office for Project Services (UNOPS) Infrastructure and Project Management Group. Based in Copenhagen, Denmark, and with operations in more than 120 countries, Ricardo and his team led more than 1,000 projects and $1.2 billion in refugee camp, rural road, maternity clinic and housing efforts, and managed the sustainability program, responsible for the first Global Reporting Initiative (GRI) report in the United Nations’ system. Following his time at the UN, he collaborated to document the lives of the Zaatari refugee camp in Jordan and create the treatment for the documentary, “Zaatari: Memories of the Labyrinth,” a German-Brazilian production that is currently in several stream services globally. The film showcases the tragedy of war, and the men, women and children seeking a different life. More than two decades ago, he founded Macrosolutions, a global consulting firm with international operations in energy, infrastructure, IT, oil and finance. His work as a venture capitalist and entrepreneur in artificial intelligence, blockchain, big data, chatbots and machine learning resulted in tools and products that have revolutionized how users bring agility and agile management into project management software. Ricardo started his career with two partners founding AeC in Brazil, where he was responsible for the services and training areas. A company with three initial employees grew and diversified the business from traditional software sales into outsourcing, project management, call center and IT services, becoming one of the leading technology groups in the country. When Ricardo decided to leave to make his work international, the AeC Group had 1,500 employees. Today, his legacy is still visible in a thriving group with more than 40,000 employees. A dual citizen of Brazil and Portugal, Ricardo holds a Ph.D. in Civil Engineering from Federal Fluminense University in Brazil and an undergraduate degree in Chemical Engineering and a master’s degree in Industrial Engineering from Federal University of Minas Gerais in Brazil. He has received accreditation and key credentials in project management software and methodologies; Ricardo has also earned accolades ranging from the PMI Distinguished Award to the IPMA Achievement Award to the AACE Total Quality Management Award for his project management leadership globally. When he’s not traveling the world to share his passion for strategic transformation, Ricardo enjoys gardening and cooking with his wife and daughters in their sunny place in Portugal.

Bridging the Gap between Strategy Design and Delivery