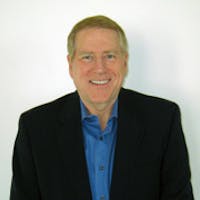 Brian Carlisle is the CEO and co-founder of Precise Automation, a robot manufacturer that specializes in collaborative robots. Prior to starting Precise, Mr. Carlisle was the co-founder of Adept Technology and its CEO for 20 years while Adept grew to over $100 million in robot sales. Prior to starting Adept, Mr. Carlisle developed the PUMA robots for Unimation, Inc along with Vic Scheinman and Bruce Shimano. Mr. Carlisle was President of the Robotic Industries Association for 3 years, is the recipient of the Joseph Engelberger Award for Leadership in Robotics, and an elected IEEE Fellow. He holds multiple patents for robot designs. He has BS and MS degrees in Mechanical Engineering from Stanford University.