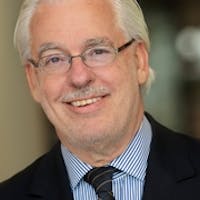 Jaap Spronk is (emeritus) full professor of financial management science of Rotterdam School of Management, Erasmus University (RSM). Prior to joining RSM in 2008, where he was academic dean of MBA programmes until 2014, he served as the vice-dean of international new business development from 2003 to 2008, director of studies from 2003 to 2007, director division of accounting and finance from 1996 to 2003, and chairman of the Department of Finance from 1984 to 2003 at the Erasmus School of Economics, where he was full professor of finance and investment since 1982. In addition to his university tasks, he has served as an editor or numerous journals, including managing editor of the Springer Series in Financial Modelling, associate editor of the Journal of Multiple Criteria Decision Analysis and the Revue Belge de Statistique, d'Informatique et de Recherche Opérationnelle.