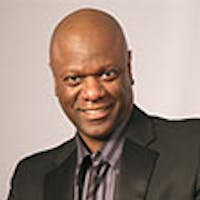 Prince Charles Alexander is a professor in the Music Production and Engineering department at Berklee College of Music, where he teaches advanced production and mixing. From the early to mid 80s, he produced, wrote, and recorded on Virgin Records with his group "Prince Charles and the City Beat Band." He was an early innovator of wind synthesis and a part of the "punk-funk" generation that incorporated many of the devices that would propel rap music to the forefront of the American music scene. Alexander is a sought-after recording and mixing engineer, whose clients include Mary J. Blige, Destiny's Child, Faith Evans, P. Diddy, the Notorious B.I.G., Usher, Boyz II Men, Brandy, Babyface, Sting, Aretha Franklin, Brian McKnight, and others. He has garnered more than 40 Platinum and Gold certifications from the RIAA and has three Grammies and seven Grammy nominations from NARAS. He holds an adjunct instructor position at New York University's Clive Davis Department of Recorded Music, has taught audio technology at the Institute of Audio Research, and is a frequent lecturer at the City College of New York in Manhattan. Alexander is a member of the Producers and Engineers Wing of the Grammy Committee Board of Governors, the Audio Engineering Society (AES), and the Musician's Union Local 802 in New York City. He holds a bachelor's degree in political science and music technology from Brandeis University.

The Art of Vocal Production