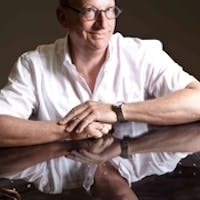 Martin Pohl obtained his PhD from RWTH Aachen (Germany) in the 1970s. He has been working on experimental particle physics at the PETRA (DESY, Hamburg Germany), LEP and LHC (CERN, Geneva Switzerland) colliders before turning to astroparticle physics in space. His current projects are: AMS-02, a magnetic spectrometer measuring galactic cosmic rays in the GeV to TeV regime; the POLAR X-ray polarimeter for the Chinese space laboratory Tiangong 2; and DAMPE, a high-energy particle detector recently launched on a free flying Chinese satellite. He has been the director of the department for particle and nuclear physics (DPNC) at University of Geneva, head of the Physics Department and co-founder of the Center for Astroparticle Physics, CAP Genève.