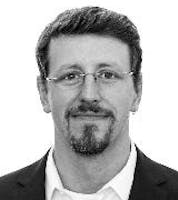 Julian Nowag is a senior lecturer in EU law at Lund University specialised in Competition Law and the Co-Director of the Masters programme in European Business Law. He is also an associate at the Oxford Centre for Competition Law and Policy where he is on the editorial board of The Journal for Antitrust Enforcement as managing editor. Before coming to Lund, Julian earned a Master’s degree (MSt) and a doctorate (DPhil) from the University of Oxford. He also completed an LLM in European Legal Studies at Durham University. Julian taught EU law and competition law at Oxford and gave lectures and seminars on EU law, comparative law and competition law in Hanoi (Vietnam), Malaysia, various European cities and Latin America. Julian is a qualified lawyer in Germany. His professional training was focused on competition law with placements at the German Competition Authority’s international co-operation unit and the European Commission (DG Comp, cartels unit) as well as at Allen & Overy’s German Antitrust unit in Hamburg. Oxford University Press recently published his book Environmental Integration in Competition and Free-Movement Laws. His current research focuses on the interaction between EU constitutional arrangements and economic aspects of competition and internal market law as well as globally relevant aspects of competition law enforcement. Julian can be found on SSRN (http://ssrn.com/author=1690494) and Twitter (@kaleidoscomp).