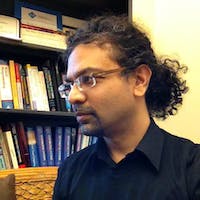 Indranil Gupta (Indy) works on large-scale distributed systems such as datacenters and cloud computing systems. He leads the Distributed Protocols Research Group. He received his PhD from Cornell University in 2004, and his bachelors degree from Indian Institute of Technology Madras (Chennai) in 1998. Recently he spent a year working at Google, and in the past has interned at Microsoft Research and IBM Research. Indy has served as program co-chair for leading conferences in distributed systems, including: IEEE Peer to Peer Computing 2014, ACM/IFIP/Usenix Middlware 2010, IEEE Conference on Self-Adaptive and Self-Organizing Systems 2010, and track chair at the International Conference on Distributed Computing Systems 2008. Indy received the NSF CAREER award in 2005.