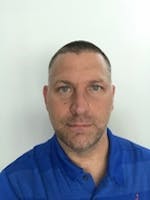 Chris McCain is the Director of Product Management for Networking and Security at VMware. Chris has over 15 years of experience in the world of information technology. In addition to being a double VCDX in data center virtualization and network virtualization Chris has written several books on virtualization and infrastructure design. In 2006 Chris wrote the first book on VMware, Mastering VMware Infrastructure 3, which helped begin the massive stampede to virtual machines. His latest book, Foundation in the Art of Infrastructure Design, was the #1 selling book at VMworld 2016 in Las Vegas, NV. As part of his mission at VMware Chris travels around the world talking to customers and partners about their vision and strategy for next generation data center design. Chris is based in St Petersburg, FL where he lives with his wife and two sons.