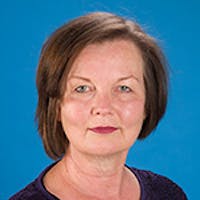 Clare Newton is an Associate Professor in Learning Environments in the Faculty of Architecture, Building and Planning at the University of Melbourne. Clare is an architect and teaches and researches in the fields of design, sustainability and construction. From 2012 to 2014 she was Director of the Bachelor of Environments, a unique interdisciplinary undergraduate degree linking built and natural environments. She was first-named Chief Investigator on two Australian Research Council Linkage Projects funding three PhD students and multidisciplinary research teams. The first, called Smart Green Schools, looked at the links between pedagogy, sustainability and space. The second, called Future Proofing Schools, considered prefabricated learning environments and incorporated an ideas competition as part of the research process. She is currently part of a research collaboration between academics and industry called Transforming Housing, which is focused on strategies for affordable medium-density housing within the context of Australia’s ageing population.

Rethinking Ageing: Are we prepared to live longer?