Learn how to setup the google colab for distributed data processing

Learn how to create ALS model for Recommender System

Nowadays, recommender systems are everywhere. for example, Amazon uses recommender systems to suggest some products that you might be interested in based on the products you've bought earlier. Or Spotify will suggest new tracks based on the songs you use to listen to every day. Most of these recommender systems use some algorithms which are based on Matrix factorization such as NMF( NON NEGATIVE MATRIX FACTORIZATION) or ALS (Alternating Least Square). So in this Project, we are going to use ALS Algorithm to create a Music Recommender system to suggest new tracks to different users based upon the songs they've been listening to. As a very important prerequisite of this course, I suggest you study a little bit about ALS Algorithm because in this course we will not cover any theoretical concepts. Note: This project works best for learners who are based in the North America region. We’re currently working on providing the same experience in other regions. 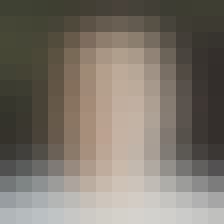