By the end of this project, you will create your own data warehouse by using a star schema modeling technique that holds baseball raw data gathered from multiple baseball leagues in the States. During the course of this project, you will be using Apache Hadoop and Apache Hive as the main tools to build your very own Data Warehouse using HQL as the querying language, which is very similar to SQL. The learner will be introduced to the star schema modeling technique, database creation and handling, data insertion, and data storage using two different methods in Apache Hadoop. Data Warehouses are viewed as the core of any application, as any further step that requires dealing with the data stored such as Data Analytics, building a recommendation system, or applying any sort of Machine Learning will inevitably point out to the start point, which is the data warehouse modeling. This guided project is for students who are aiming to start their careers in the broad field of Data Engineering and the specific field of Data Warehouses Modeling. It will also be of interest to people who are keen on exploring Big Data platforms such as Apache Hadoop and Apache Hive. Note: This project works best for learners who are based in the North America region. We’re currently working on providing the same experience in other regions. 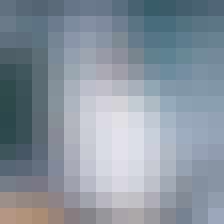 Great beginner course and introduction to Apache Hive and Apache Hadoop. Highly recommend it if you do not know anything about Hive, Hadoop and HQL.