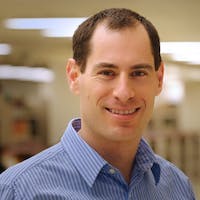 Dan Grossman has taught programming languages at the University of Washington since 2003. His department’s undergraduate students have elected him “teacher of the year” twice and awarded him second place once. His research, resulting in over 50 peer-reviewed publications, has covered the theory, design, and implementation of programming languages, as well as connections to computer architecture and software engineering. Dan served on the steering committee creating the 2013 ACM/IEEE-CS Computer Science Curriculum and led the subcommittee on Programming Languages. Dan holds the J. Ray Bowen Professorship For Innovation In Engineering Education.