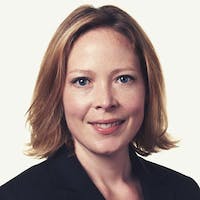 Shannon Hessel (formerly Shannon O’Donnell) is an Assistant Professor of Art, Leadership and Entrepreneurship at the Copenhagen Business School’s Department of Management, Politics, and Philosophy. Her research focuses on collaborative creativity, innovation management, and the role of aesthetics and arts-based practices in processes of business value creation. She coauthored, with Robert D. Austin and Richard L. Nolan, the Harvard Business Press books Harder Than I Thought and The Adventures of an IT Leader, articles related to the special pedagogical approach developed for the latter book, as well as several HBS teaching cases. Shannon earned her doctoral degree from CBS in 2013; as part of her study, the Danish Ministry of Science, Technology, and Innovation awarded her an Elite Research Travel Stipend in 2010. Originally from the United States, Shannon spent eight years working as a director and dramaturg in professional theater, in Seattle, Washington and Malvern, Pennsylvania.