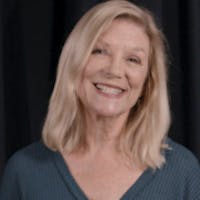 Bonnie Hayes is a songwriter, singer, recording artist, musician and record producer. Perhaps best known for penning "Have A Heart" and "Love Letter," which restored Bonnie Raitt to superstardom with the multi-platinum, multi-Grammy-winning CD Nick of Time, she’s also had her songs covered by Bette Midler, Robert Cray, Adam Ant, Huey Lewis and the News, Booker T & the MG’s, and many others. Her first record on LA label Slash yielded the national college radio hit, Shelly's Boyfriend, and the rave-up "Girls Like Me" from the same record ramped up the soundtrack of the cult film "Valley Girl". Hayes has also enjoyed success as a side-woman touring as keyboardist/backup singer with megastar Billy Idol and Belinda Carlisle on her Heaven tour, and with Bruce Springsteen and Robben Ford. An early adopter of digital recording technology and adept arranger, Hayes was a partner in the Tone Palace Studio in San Rafael, CA, where she produced records for blues and Americana artists such as Tommy Castro and Tracy Blackman. Hayes currently serves as the chair of the Songwriting department at the Berklee College of Music and continues to write, play, and record as her schedule permits.