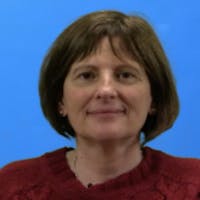 Marie-Laure Boucheret received the Eng. degree in Electrical Engineering from Telecom Bretagne, France, and the M.Sc. degree in Signal Processing from the University of Rennes, both in June 1985. In June 1997, she received the Ph.D. degree in Communications from TELECOM ParisTech, and the "Habilitation à diriger les recherches" in June 1999 from INPT University of Toulouse. From 1985 to 1986 she has been a research engineer at the French Philips Research Laboratory (LEP). From 1986 to 1991, she has been an engineer at Thales Alenia Space. From 1991 to 2005 she was a Associated Professor then a Professor at TELECOM ParisTech. Since March 2005 Marie-Laure Boucheret is a Professor at the National Polytechnic Institute of Toulouse (INPT-ENSEEIHT - University of Toulouse). She is also with the Signal and Communication group of the IRIT Laboratory.