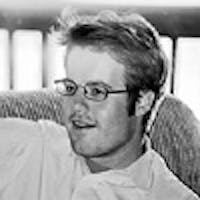 Dr. Matthew Chrisman joined the Edinburgh department in August 2006 after finishing his PhD at the University of North Carolina at Chapel Hill.His research is focused on ethical theory, the philosophy of language, and epistemology. He has published widely in these areas, including articles in the Journal of Philosophy, the Australasian Journal of Philosophy, Oxford Studies in Metaethics, Philosophy and Phenomenological Research, Philosophers' Imprint and Philosophical Studies. He is one of the lead authors of Philosophy for Everyone (Routledge 2014). His research monograph The Meaning of 'Ought': Beyond Descriptivism and Expressivism in Metaethics is forthcoming with Oxford University Press. He is editing a collection on Deontic Modality with Nate Charlow for Oxford University Press. And his textbook What Is This Thing Called Metaethics is under contract at Routledge. Matthew routinely teaches the following courses at the University of Edinburgh: Morality and Value (lectures on the Status of Morality, Why Be Moral, Kantianism, Contractualism, Virtue Ethics), Meta-Ethics, Advanced Philosophical Method (MSc), Further Topics in Meta-Ethics (MSc), Philosophy of Action, Environmental Ethics