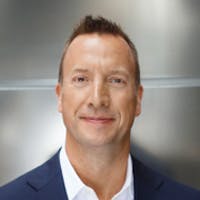 Craig Wortmann is a Clinical Professor of Innovation and Entrepreneurship in the Kellogg Innovation and Entrepreneurship Initiative (KIEI) and Founder and Executive Director of the Kellogg Sales Institute. In 2016, Craig was Clinical Professor of Entrepreneurship at the University of Chicago’s Booth School of Business. He designed, developed and taught the award-winning course called Entrepreneurial Selling, recognized by Inc. Magazine as one of the “Top Ten” courses in the U.S. He also taught one of the core entrepreneurship courses, Building the New Venture, and he developed Chicago Booth's Building Leadership Capital course, a four-day, in-depth executive leadership course for senior executives. Craig joined the Booth faculty in 2008 and was the recipient of the 2012 Faculty Excellence Award, given to the professor who has had the greatest positive impact on the students. Craig is the author of “What’s Your Story?”, a book that looks at how leaders and sales professionals use stories to connect, engage and inspire. In his book, Craig demonstrates the powerful impact stories have on the three most common performance challenges – leadership, selling and communication. Craig is also a columnist for Inc.com on the subjects of sales and entrepreneurship. Craig has been a sales person and entrepreneur for more than 20 years. From IBM Corporation as the #2 performer in his year-long classical style sales training class, to a Dean Witter company covering three-quarters of the country selling to large retailers, Craig is an expert in all things sales. After earning his MBA from Kellogg in 1995, Craig joined the Forum Corporation and quickly became the firm’s new product launch and client recovery specialist. In 2000, Craig was recruited to join start-up WisdomTools as its CEO which he sold to a larger firm in 2008. Craig is the founder and CEO of Sales Engine Inc., a tools and services firm based on the belief that a company should treat sales as the engine of their business. As a professional speaker and sales advisor, Craig helps to develop the knowledge, skills and discipline necessary to build a successful sales engine. In 2009, the venture backer’s behind interactive marketing and web strategy firm, ClearGauge, sought Craig to become CEO while running his Sales Engine firm. Craig executed a turnaround by building a sales engine, cutting significant costs and developing a new web presence. ClearGauge was then acquired by a larger agency. Craig is a Venture Partner at Pritzker Group Venture Capital and helps grow the sales engines of its portfolio companies. He also advises the Driehaus Private Equity group and sits on the board of Innovative Health, a Phoenix-based reprocessor of medical devices. Craig graduated from Kellogg in 1995 with an MBA in Marketing and Finance, he obtained his “CPIM” Certification in Inventory and Production Management in 1992, and he graduated Union College in 1988 with a degree in Political Science. An Evanstonian for more than 18 years, in his free time Craig can be found biking and running along the lake path or with his family wakeboarding, boating and snowmobiling in Wisconsin.

Building a Toolkit for Your Sales Process