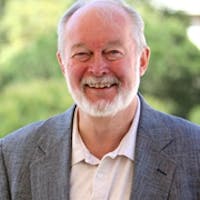 Don Saari, a Distinguished Professor of Economics and of Mathematics, is the Director of Institute for Mathematical Behavioral Sciences at the University of California at Irvine. His research interests include mathematical astronomy; this is the area where, in the late 1800s, the concept of "chaotic dynamics" was first discovered (to explain unexpected behavior in the Newtonian three-body problem). Saari's research in this area ranges from the dynamics of the evolution of the universe to behavior of singularities and collisions and even to issues connected to dark matter. After his move from Northwestern University (in 2000) to the University of California, his research interests expanded to include the dynamics of the social and behavioral sciences. Of surprise is how the dynamics of the social and behavioral sciences can exhibit complexities that are more severe than found in the physical sciences.