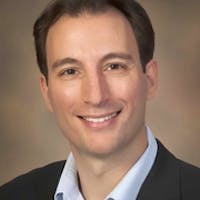 Ricardo Sanfelice is an Associate Professor at the Department of Computer Engineering, University of California at Santa Cruz. He received the B.S. degree in Electronics Engineering from the Universidad Nacional de Mar del Plata, Buenos Aires, Argentina, in 2001. He joined the Center for Control, Dynamical Systems, and Computation at the University of California, Santa Barbara in 2002, where he received his M.S. and Ph.D. degrees in 2004 and 2007, respectively. During 2007 and 2008, he was a Postdoctoral Associate at the Laboratory for Information and Decision Systems at the Massachusetts Institute of Technology. He visited the Centre Automatique et Systemes at the Ecole de Mines de Paris for four months. From 2009 to 2014, he was Assistant Professor in the Aerospace and Mechanical Engineering at the University of Arizona, where he was also affiliated with the Department of Electrical and Computer Engineering and the Program in Applied Mathematics.