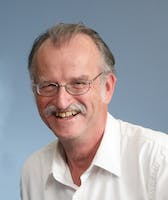 Peter S. Onuf is the Thomas Jefferson Memorial Foundation Professor of History, Emeritus, at the University of Virginia, where he has taught for more than twenty years. Onuf is also Senior Fellow at Monticello’s Robert H. Smith International Center for Jefferson Studies. A leading scholar of Jefferson and the early American republic, he is the author, co-author, and editor of numerous books including (as author) Jefferson’s Empire: The Language of American Nationhood (2001), The Mind of Thomas Jefferson (2007), and (as editor) Jeffersonian Legacies (1993). He is also a co-host (with Brian Balogh and Edward Ayers) of the weekly public radio program and podcast Backstory with the American History Guys.