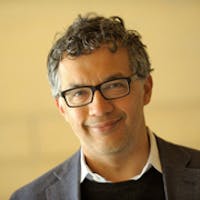 Marcelo Bucheli obtained his PhD from Stanford University and has a B.Sc and MA in Economics from Universidad de los Andes (Bogotá, Colombia). He was the 2004-2005 Harvard-Newcomen Fellow in Business History at Harvard Business School where he taught at the MBA program. In 2013 he was a visiting professor at the École Polytechnique (Paris, France) and between 2014 and 2015 he was the John H. Dunning Fellow in International Business at Henley Business School, University of Reading (United Kingdom).

Marcelo teaches international business at the University of Illinois at Urbana-Champaign, where he won a teaching award for his 2014 MBA course. He has also taught courses on globalization at the Chinese University of Hong Kong and at Universidad de los Andes. Marcelo’s research focuses on the political strategies of multinational corporations, from which he has published more than thirty articles and essays including several award-winning ones, a book (Bananas and Business, New York University Press, 2005), an edited collection (Organizations in Time, Oxford University Press, 2015) and articles for practitioners in Harvard Business Review and Latin Trade. Marcelo is currently a senior consultant at the Winthrop Group (New York), was previously an associate at Shelley Taylor and Associates (Palo Alto, California), and has been hired as a consultant and expert witness for cases of political conflicts between oil and agricultural multinationals in developing countries.

Global Strategy I: How The Global Economy Works