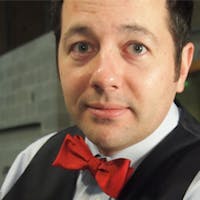 Jeremy Steele, a specialist in the School of Journalism, is the executive director of the Michigan Interscholastic Press Association. MIPA supports Michigan middle and high school student journalists and their teachers by hosting educational conferences, contests, workshops and a summer camp on campus. As part of his work, Steele also coordinates MSU’s journalism education courses and works with journalism teachers across the state and journalism education majors and minors at MSU to meet Michigan Department of Education requirements for teacher certification. Steele is an award-winning journalist who has also worked for one of Michigan’s largest independent public relations firms. He was a senior account executive at Truscott Rossman, a bipartisan strategic communications firm specializing in issues management. Steele has also worked as a business reporter, most recently at the Lansing State Journal. His reporting has been honored by the Michigan Associated Press Editorial Association, Michigan Press Association and the Associated Collegiate Press. He is a member of the Society of Professional Journalists, where he has served on the organization’s national board. Steele is also a former board member of SPJ’s Mid-Michigan Pro Chapter and an adviser to the MSU student chapter. Steele has a bachelor’s in journalism from MSU. He is a member of the board of directors of the nonprofit organization that oversees The State News, MSU’s student newspaper, and also a founding board member of the Michigan Coalition for Open Government, a statewide nonprofit that educates the public and elected officials about the importance of public access to government information.

Journalism, the future, and you!

Gathering and Developing the News

Effectively delivering the news to your audience