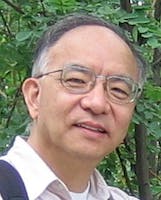 Jiawei Han is Abel Bliss Professor in the Department of Computer Science at the University of Illinois. He received his Ph.D. in Computer Sciences at University of Wisconsin in 1985. He worked as assistant professor in Northwestern University in 1986-1987 and as assistant, associate, full and university chair professor in Simon Fraser University in 1987-2001 before joining UIUC in 2001. He has been researching into data mining, information network analysis, and database systems, and their various applications, with over 600 publications. He served as the founding Editor-in-Chief of ACM Transactions on Knowledge Discovery from Data (TKDD) (2007-2012). Jiawei has received ACM SIGKDD Innovation Award (2004), IEEE Computer Society Technical Achievement Award (2005), IEEE Computer Society W. Wallace McDowell Award (2009), Daniel C. Drucker Eminent Faculty Award at UIUC (2011), and Excellence in Graduate and Professional Teaching Award at UIUC (2012). He is a Fellow of ACM and a Fellow of IEEE. He has been serving as the Director of Information Network Academic Research Center (INARC) supported by the Network Science-Collaborative Technology Alliance (NS-CTA) program of U.S. Army Research Lab since 2009. His co-authored textbook "Data Mining: Concepts and Techniques" (Morgan Kaufmann) has been adopted popularly as a textbook worldwide.