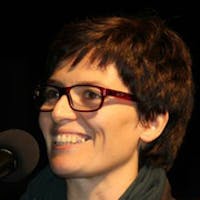 Postdoctoral researcher and lecturer at the Department of Early Modern History of the Universitat de Barcelona. European doctorate in the History of Art from the Universitat Autònoma de Barcelona, with a thesis on the public celebrations of viceroyal Naples in the mid-seventeenth century, read from an unpublished source: the written chronicle, in four volumes, of Andrea Rubino, which details the years 1648-1669. Her first work on the Neapolitan viceroyalty was her degree thesis presented in 2004 at the Università degli Studi della Tuscia de Viterbo and dedicated to the artistic interests of the Spanish viceroy and diplomat, Gaspar de Bracamonte y Guzmán, Count of Peñaranda, Viceroy of Naples from 1659-1664.

The Mediterranean, a Space of Exchange (from the Renaissance to Enlightenment)