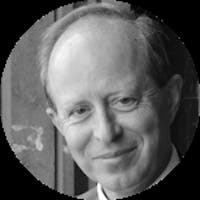 A former French gendarmerie senior officer, Dominique Lapprand holds a master degree in organizational dynamics. Both nationally and internationally he has built a concrete and complete experience of policing and security. He was in charge of the gendarmerie strategic research centre and has also worked with the criminal justice directorate of the French ministry of justice. He spent four years in the European Commission as a national expert on secondment and additionally has been involved in several EU projects in candidate and later neighborhood countries. Over the last years he has worked on security sector and police reorganization projects in six African countries. In parallel, he has worked with the private sector first on information systems and more recently to develop an anti-illicit trade strategy. He is the general secretary of the French association against illicit trade. Dominique Lapprand has been an associate professor at the French gendarmerie and at the Paris political sciences institute and has regularly delivered lectures at various European bodies.