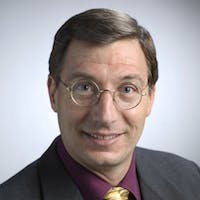 David Schultz is Professor of Synoptic Meteorology in the School of Earth, Atmospheric and Environmental Sciences at the University of Manchester. He has taught at seven institutions of higher learning in three different countries and has taught weather forecasters in the US, Europe, and China. David currently leads the instruction of meteorology, introductory Earth science, and communication skills courses at Manchester. He received the student-led Manchester Teaching Award for the Best Teacher in the Faculty of Engineering and Physical Sciences in 2012, was shortlisted in 2013, and won the Most Innovative Use of eLearning at Manchester in the student-nominated Best in eLearning Awards within Earth, Atmospheric and Environmental Sciences in 2013. He won the Teaching Excellence Award at the University in 2014. David was born in Pittsburgh, Pennsylvania, received his B.S. degree from the Massachusetts Institute of Technology in Earth, Atmosphere, and Planetary Sciences, his M.S. degree from the University of Washington in Atmospheric Sciences, and his Ph.D. from the University at Albany, State University of New York in Atmospheric Science. Previously, he worked as a research scientist for the NOAA/National Severe Storms Laboratory and the University of Oklahoma (1996–2006) and was Professor of Experimental Meteorology at the University of Helsinki and the Finnish Meteorological Institute (2006–2011). He is the Chief Editor of Monthly Weather Review, the longest-running meteorological journal in the world, and the author of Eloquent Science: A Practical Guide to Becoming a Better Writer, Speaker, and Atmospheric Scientist. He has published over 120 peer-reviewed journal articles on meteorological research, weather forecasting, scientific publishing, and education. He is a Senior Fellow of the UK Higher Education Academy and a Public Engagement Ambassador.