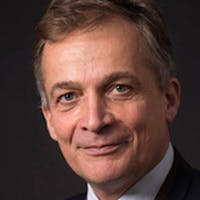 Bernard Steunenberg is Professor of Public Administration at Leiden University since 1999. His main research interest is the analysis of European politics and policy-making including the relationship between the Union and its Member States on the transposition and implementation of European policy. His broader research interests include game theory, public choice and analytical politics. His articles have been published in the British Journal of Political Theory, the European Journal of Political Research, European Union Politics, the Journal of European Public Policy and other leading journals. He teaches courses on European politics, decision making, analytical politics and public choice, and regularly organizes national and international discussions on the European Union. He has been a visiting scholar at various universities, including Fernand Braudel Senior Fellow at the European University Institute, Florence.